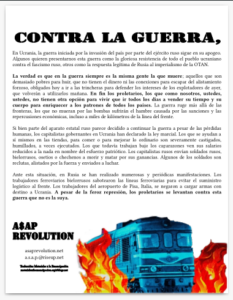 The following is a recent text (published earlier this month) from the comrades of Vamos Hacia La Vida, from the chilean region, which evaluates the ongoing conflict in Ukraine. It succinctly explains the historical pretexts and material interests at play and, defense of the internationalist watchword of Revolutionary Defeatism, delivers a sharp critique of the hypocrisy of those on the broad left camp who would support either side of a dispute between bourgeois factions, regardless of the ideological window-dressing on display:

“Given everything that’s been expressed about the capitalist dynamic and the wars that it engenders, and also given the observations on the ground where this particular conflict unfolds, it’s doubtful that the possibility for some sort of social emancipation could arise in the midst of a carnage directed precisely to perpetuate the domination of one of the blocs in dispute, which doesn’t mean anything else than the worsening of capitalist domination, of the dictatorship of the economy over all that lives. And this is difficult to refute: two world wars, the genocide and the disappearance of entire villages, the psychic destruction of the individuals under its domain, and the destruction of the biosphere have already greatly demonstrated that the international bourgeoisie already made their choice long ago, and that they will not hesitate to continue expanding their destructive forces to unimaginable peaks in order to keep their productive machine running, knowing that the “pie” is getting smaller and smaller and is divided into fewer parts. This imperialist war will not bring anything but a global capitalist restructuration in the middle of a crisis that doesn’t cease to deepen. Therefore, it’s clear that those who defend a side in this war, despite their intentions, do no more than position themselves on the defending side of the existing order.”

As it can’t be said enough, in this conflict and those to come, let’s remember the timeless slogans of our class:

Proletarians have no country!

No war but the class war! 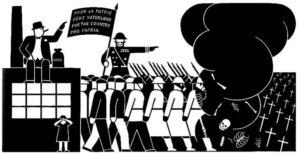 END_OF_DOCUMENT_TOKEN_TO_BE_REPLACED

The following is a short essay by renowned historian and comrade Augustín Guillamón about the complimentary function of fascism and antifascism in the modern context of corporate multinationals and generalized precarity and ecocide. The focus is on the current situation in the spanish State but one can easily draw parallels with the political situation in the rest of the democratic world.

The political division of the bourgeoisie, facing the constant threat of the proletariat, behind their two faces of fascism (the extreme right Vox, but also PP and Ciutadans) and parliamentary democracy (PSOE, Podemos and nationalists*TN) converge in a common strategy of the bourgeoisie, in defense of their historical class interests. 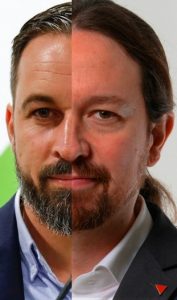 The medias of communication are the voice of their master and of the big capital that finances them. The discredited, falsifying and corrupt socialists and populists of the sole party PP-PSOE desperately need the fascist bogeyman to keep themselves on the political stage, and furthermore, [to make it look] as if they were different options. END_OF_DOCUMENT_TOKEN_TO_BE_REPLACED 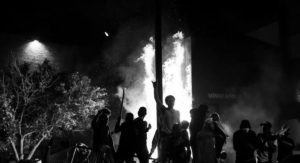 Here is the english version of the latest text published by Proletarios Internacionalistas about the revolts happening around the world in the wake of the coronavirus crisis, putting the global state of alarm into question by fighting back against the brutal repression and crushing economic measures which have been imposed.

Here is the translation of a leaflet distributed by comrades in the city of Quito, Ecuador at a demonstration yesterday, June 8th, against the economic and repressive measures undertaken by the government of Lenin Moreno and company in light of the “Coronavirus Crisis” there.

Here is the PDF for screen-reading and double-sided printing, and the plaintext version follows: END_OF_DOCUMENT_TOKEN_TO_BE_REPLACED

Yesterday, May 25th was a nationwide day of protest in Ecuador against the new legal package introduced by the government of Lenin Moreno, cynically dubbed the “Humanitarian Aid Law”, which under the pretext of the coronavirus crisis in the country, cuts wages, justifies massive layoffs and increases the price of gasoline (the last of which was the catalyst for the massive revolts in October of last year which shook the whole region and also set the precedent for the subsequent revolts in Chile) Here is the translation of a flyer that was distributed by some comrades in Quito during the demonstrations there. Also it’s worth mentioning that the blog Fever has recently published a translation done recently, written by one of the same comrades (of the blog Proletarios Revolucionarios) about the recent international “app” couriers’ strike. That article can be found here: https://feverstruggle.net/2020/05/22/couriers-protests-in-ecuador-proletarian-resistance-in-the-midst-of-precarization-and-pandemic/

The plaintext version of the flyer follows, and you can click here for a print-ready pdf. END_OF_DOCUMENT_TOKEN_TO_BE_REPLACED

Here is the translation of part two of the series written by the comrade of Proletarios Revolucionarios, let’s let the introduction speak for itself:

On activism, theory, the individual and revolutionary organization. An imaginary debate between a few comrades

This text, composed for the most part of key fragments from texts by other historical and international comrades on the themes proposed, is the continuation or second part of my text “The self-abolition of the proleariat as the end of the capitalist world (or why the current revolt doesn’t transform into revolution”, and it’s a tentative and provisional response to the question “So what should we do then?” 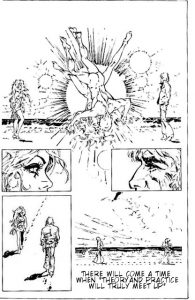 END_OF_DOCUMENT_TOKEN_TO_BE_REPLACED

Here is the translation of a recent text from a comrade of the now defunct group Proletarios Revolutionarios (Quito, Ecuador) which attempts to clarify the reason why past and current struggles don’t expand from local revolts to the global revolution that needs to be assumed for the survival of the species, placing an emphasis on the need for the proletariat to not only recognize our condition and fight against the capitalist class, but to recognize the need for us to abolish our condition as proletarians itself and therefore the capitalist conditions that have created our class. This text is part one of a two part series, part two will be published here very soon and a pdf compiling both is in the works.

END_OF_DOCUMENT_TOKEN_TO_BE_REPLACED

Here are two texts translated in collaboration with the original authors, comrades from Rosario, Argentina: A special edition of the newsletter La Oveja Negra (The Black Sheep) with analysis about issues relating to the SARS-CoV2 crisis, and issue 12 of the journal Cuadernos de Negación, which makes a thorough critique of the ideology of self-management or cooperativism. Needless to say, both texts are essential reading in the context of current debates about how to understand and respond to the situation that we find ourselves in as a class today. 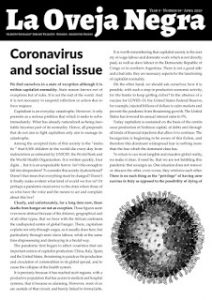 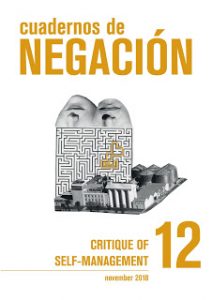 The plaintext version of the articles in La Oveja Negra can be found on its respective site: https://boletinlaovejanegra.blogspot.com/p/coronavirus-and-social-issue-we-find.html

Here is the english version of the latest text from Proletarios Internacionalistas about the role played by Capital and its States in exasperating the continuing coronavirus crisis and how it is taking advantage of the situation to oppress and exploit us as proletarians even more, using the opportunity to crush the growing wave of revolt that has been rising in the recent years. As the comrades make clear once again, the dynamic of capitalism imposed on us all around the globe is the deadliest virus of all, and the only way to ensure our survival as a species against this mortal threat is to unite and fight it as a class worldwide, in order to bury this pestilent system once and for all. 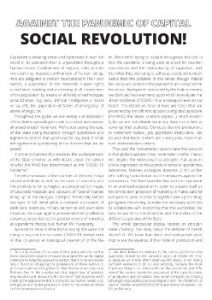